FERRARI have seen their preparations for the Italian Grand Prix suffer a setback.

Ferrari have suffered a setback before their home race weekend at Monza has even begun after one of their team trucks caught fire on its journey to the circuit. The vehicle, understood to be transporting engine components, was attended to by firefighters after overheating brakes saw it stranded and smoking away.

Despite showing plenty of promise at times this season, Ferrari have struggled to keep pace with the relentless Red Bulls in recent weeks and have fallen further behind in the F1 standings. Max Verstappen cruised to his 10th win in 15 races this term in last weekend’s Dutch Grand Prix to extend his lead in the Drivers’ Championship to 109 points over nearest challenger Charles Leclerc.

The Ferrari driver could only finish third as he once again failed to compete with the dominant Dutchman. Leclerc’s team-mate Carlos Sainz could himself only claim 8th at the Circuit Zandvoort.

With the races coming thick and fast, Ferrari are set for a welcoming boost this weekend when they get the opportunity to race in front of an adoring home crowd at the Italian Grand Prix. However, preparations for Monza have been far from ideal. 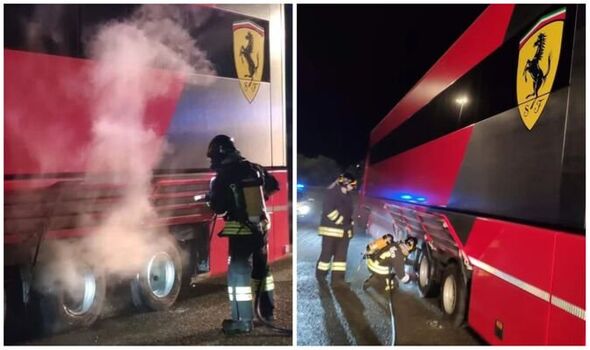 One of Ferrari’s transport trucks was attended to be firefighters after its brakes overheated (Image: REDDIT)

Firefighters were called to attend to an issue with one of their team trucks on its way from the Netherlands to Italy after overheating brakes left it smoking in what appeared to be some kind of car park area. Ferrari will certainly be hoping the setback isn’t an omen ahead of this weekend’s eagerly-anticipated race.

Despite the fact Red Bull are once again expected to dominate given the long straights of Monza will likely play into their hands, Ferrari team principal Mattea Binotto has made no secret of his admiration for the circuit, branding it “unique” while hailing Ferrari’s loyal Tifosi fans who turn up in huge numbers each year.

“This circuit holds a unique place on the calendar, as it is a super fast track, the only one of the season, which makes it particularly tough on engines and cars,” said Binotto. “Here, the power unit is at its maximum for four-fifths of the lap, and it has to work perfectly. 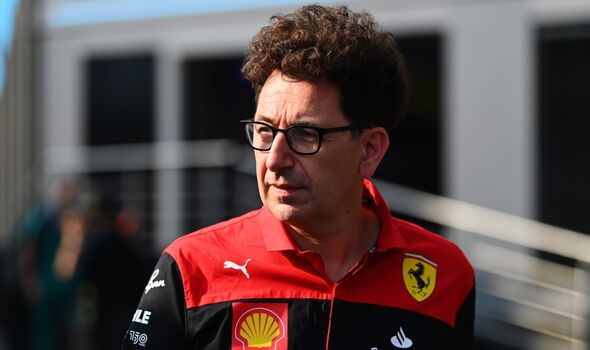 “The race flies by, with 53 laps run at a very fast pace, so there is no room for mistakes from the drivers, because usually there’s no time to recover… One of the reasons all the teams like coming here is the fans.

“The tifosi are demanding and knowledgeable. They can also be wild and, personally, I will never forget witnessing the track invasion from the pit wall after Charles won here in 2019.” 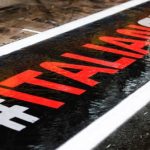 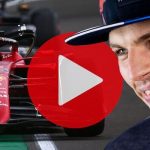