DANIEL RICCIARDO is on the hunt for a new seat for 2023, with the Australian to leave McLaren after being replaced by Oscar Piastri.

Daniel Ricciardo has held talks with Mark Webber, after fellow Australian Oscar Piastri was given his McLaren seat for 2023. After two poor seasons with McLaren, Ricciardo is set to leave the team at the end of the campaign, despite having a year left on his contract.

The man replacing him is fellow countryman Piastri – who is managed by another Australian star in ex-Formula 1 driver Webber. And he played a key role in securing Piastri’s place – all at the expense of soon to be released Ricciardo.

Now the 33-year-old has revealed he has finally spoken to Webber after his replacement was announced. Speaking to the media, Ricciardo revealed that his fellow Aussie felt like he needed to ‘apologise’ but admitted it was ‘nice to speak to him’.

The McLaren man said, as quoted by RacingNews365.com: “We hadn’t seen each other in person [since the saga started]. I feel he didn’t need to, but he felt like he wanted to, in a way, apologise and just try to see how I am doing.

“I know how this sport is: it is nothing personal to me – he just wanted to make sure I understood that and make sure I was okay. He feels really bad in how it has gone down, and how things have been put out there in the media, so it was nice to speak to him.”

Ricciardo also revealed he had spoken privately to his replacement Piastri. The former Red Bull man commented: “I’ve also spoken to Oscar, and just made sure that there’s no bad feelings there. I understand how this works. He’s trying to make it and get into Formula 1 – this moment should be really big for him and I don’t want to make it a bad situation for him. 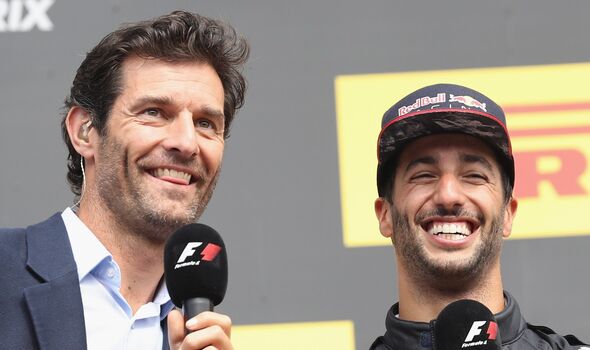 “It’s nothing personal, so that’s all the conversation was. I truly do wish him well, I want him to have a good run in F1. If there’s no communication you never know what someone is feeling or thinking.”

Revealing there were no ‘hard feelings’ between the pair, Ricciardo went on: “He’s a lot younger than me, I don’t know how he feels, if he is nervous to reach out and see how I am doing.

“I wanted to make sure that it was clear that I understand his position – and absolutely no hard feelings. I think it made him feel better, I think the last thing he wanted was to have some weird tension between a few of the only Australians in the sport.”