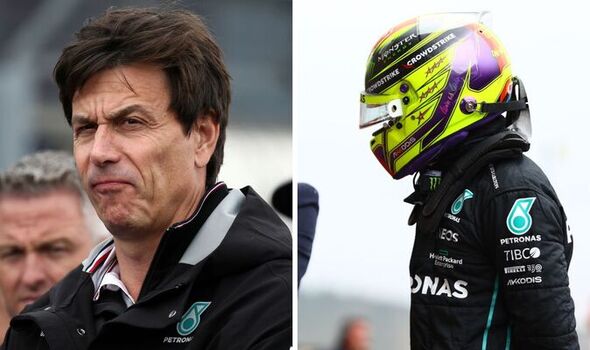 TOTO WOLFF has revealed his anger at Mercedes’ dismal 2022 season by referring to the car piloted by Lewis Hamilton and George Russell as a ‘dungeon’.

Mercedes team principal Toto Wolff exploded with an X-rated verdict of Mercedes’ struggling season. The octuple world champions are lagging behind Red Bull and Ferrari after struggling immensely with the porpoising phenomenon, which saw several teams’ cars suffer from uncontrollable rattling following the new era of regulations implemented ahead of the new year.

Max Verstappen romped to a dominant victory at the Belgian Grand Prix on Sunday, coming through the field from 14th on the grid to claim a stunning victory. The result only slammed home the point that his Red Bull car is excelling, while Mercedes were left in the dust once again.

Seven-time world champion Lewis Hamilton has enjoyed the previous performances of Mercedes cars in the past, winning six Drivers’ Championships with the team since joining in 2013. However, the Brit was almost two seconds off Verstappen’s pace in qualifying at the iconic Spa-Francorchamps circuit.

Hamilton admitted he could not wait for next year’s car, and Wolff also conceded it is difficult to digest being relegated from the top of the grid. The Austrian labelled Mercedes’ situation – the hardest he has experienced during his tenure – as a ‘dungeon’.

“They say you never lose you learn, I can tell you it is f***ing difficult,” Wolff said. “All these nice Instagram posts and everything we have talked about over the eight years, about how we are going to take this when you arrive in the dungeon.

“To stick to your principles and your values, to keep the spirit up and continue to relentlessly seek to get better? Phew. There is more to write a book about this year than there is about the last eight years.”

Hamilton’s race ended prematurely when he hit Fernando Alonso’s Alpine on the opening lap. Regardless, the enigma of the W13 was clear once again as the Mercedes was slow in qualifying but quick in the race with George Russell finishing fourth.

“It’s very difficult to cope with these swings,” Wolff continued. “We had a totally subpar performance in qualifying then in the race sometimes we go three seconds a lap faster.

“There are big question marks about what is going on. It’s not where we should be with the structure and knowledge to understand a racing car but we don’t with this one.” 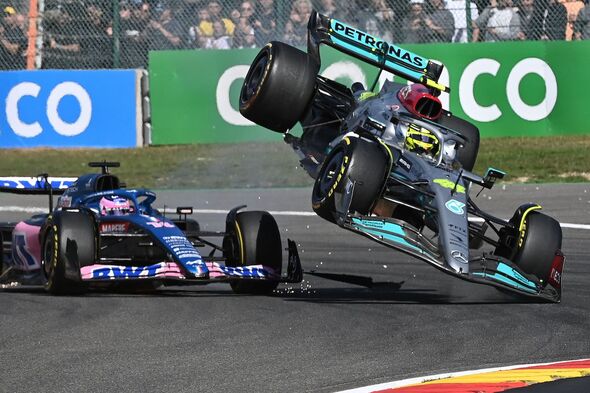 Lewis Hamilton crashed out of the Belgian Grand Prix after colliding into Fernando Alonso on lap one (Image: GETTY)

The 50-year-old also revealed Mercedes are yet to make a concrete decision on what design route they will follow for their 2023 car as they eye returning to the top of the sport. Wolff said the choice would be made in the next few weeks as he added: “There are race tracks that will suit our car, that is our ambition.

“But at the same time giving a big focus on to next year is clear. The positions are where we are with the top three teams, finishing second or third makes no difference to me.”

At the top of the standings, Red Bull star and reigning world champion Verstappen holds a 93-point lead over teammate Sergio Perez in the Drivers’ Championship while Ferrari trail the Milton Keynes-based team by 118 points in the Constructors’ Championship. The 22-race F1 2022 campaign continues with the Dutch Grand Prix at Zandvoort on September 4. 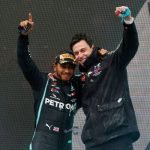 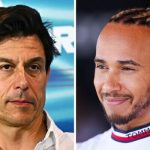