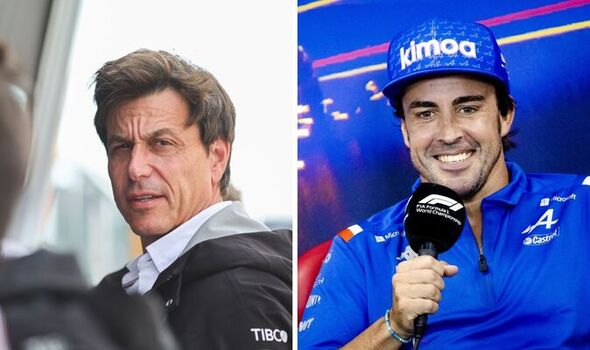 Mercedes team principal Toto Wolff has offered a sarcastic response to Fernando Alonso calling Lewis Hamilton an ‘idiot’ during a whirlwind start to Sunday’s Belgian Grand Prix. Alonso produced his latest memorable line in the heat of the moment after a collision with the seven-time world champion at Les Combes.

Alonso started in P3 and Hamilton P4, and on the opening lap, the latter turned in on his long-time rival and was forced to retire after being lifted into the air as a result of the clash. Despite being worse off, Hamilton was at fault and prompted a burst of abuse from the Alpine driver.

He ranted down his team radio: “What an idiot closing the door from the outside. I mean, we had a mega start, but this guy only knows how to drive and start in first.” Hamilton had little to say about Alonso’s reaction, but Wolff cheekily fired back at the Spaniard, notably about the second part of his furious comments.

After the race, Wolff smiled as he reminded Alonso and those listening of the Mercedes star’s success while representing the team. “Well, Lewis has started in the front a lot,” Wolff explained. “He’s won seven World Championships so the strategy worked!”

JUST IN: Williams’ role in Hamilton’s success outlined ahead of final US Open

The 50-year-old wasn’t pleased with Mercedes’ nightmare weekend, though. He first labelled Saturday’s qualifying performance as his worst in charge of the Silver Arrows and wasn’t much more impressed after Sunday’s outing on the track.

Wolff added: “It is not where we should be with the structure and the knowledge to understand a racing car, but we don’t with this one. We still have the ambition to win races this year. If I would have told you that in Budapest, you would have said, ‘Well, that’s pretty possible’, whereas today saying that I look like a fool. 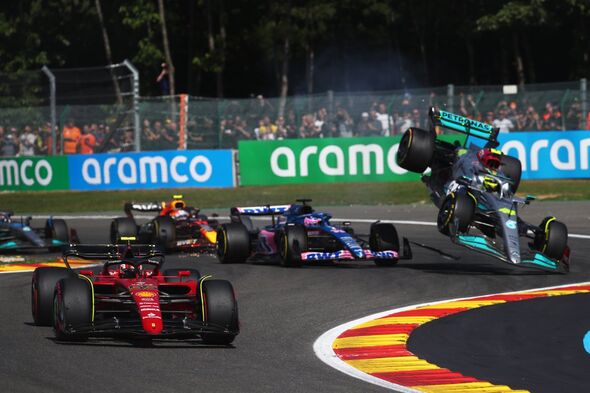 Lewis Hamilton was forced to retire on the first lap. (Image: GETTY)

“But there are some race tracks that will suit our car much more than now. Hopefully, we’ll get it right next Saturday [at the Dutch Grand Prix], so that is the ambition whilst at the same time giving it a big focus on next year. Finishing second or third [in the constructors’ championship] makes no difference to me, but in saying that, we want the best race result every week to build confidence.”

George Russell’s P4 finish continued his trend of consistency and somewhat salvaged Mercedes’ weekend, but Wolff’s team now trail Ferrari by 41 points in the battle for P2 in the Constructors’ Championship. 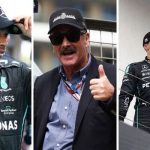 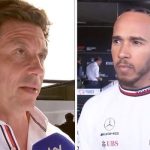