Zhou relaxed about F1 future: At the start I was worried, but not anymore 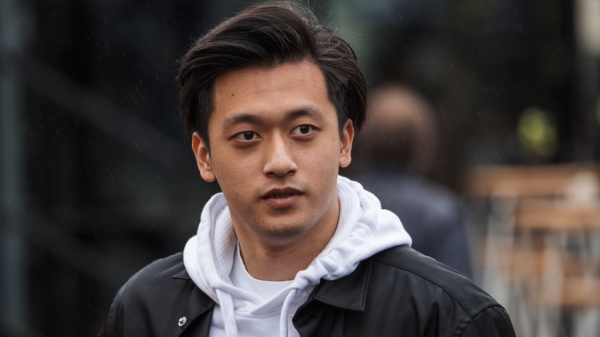 Zhou Guanyu is confident of keeping his Alfa Romeo seat for the 2023 F1 season, despite admitting that a few drivers will be after his place.

Zhou Guanyu remains confident of retaining his Alfa Romeo Formula 1 seat for 2023, despite admitting it will be “quite busy” with drivers keen to replace him.

Zhou became the first Chinese driver to race in F1 when Alfa Romeo signed him to partner Valtteri Bottas for 2022, replacing the retiring Kimi Raikkonen and Antonio Giovinazzi, who was dropped after three seasons at the end of ’21.

The only rookie on the 2022 grid, Zhou has shown flashes of pace, including a points finish on his debut in Bahrain, but has suffered from poor reliability in the first half of the campaign, and is nearly 40 points behind Bottas.

However, Zhou is pleased with the progress he is making and remains confident of lining up on the grid for the 2023 season-opener.

“I’m quite happy at Alfa Romeo, but I guess that the seat will be quite busy with all the drivers wanting to go there, whether it might be F2 or reserve drivers,” Zhou told media including RacingNews365.com in Hungary.

“I think it might be a little bit like Alfa last year (when the team was linked to multiple drivers to replace Raikkonen and Giovinazzi).

“I haven’t talked with any teams yet. I’m quite settled down in Alfa Romeo. At the beginning of the season, I was worried about my future. I’m not worried now.

“I’ve been through the point of proving myself to be up to the speed, and now it is about better consistency and trying to improve [a] little bit, step-by-step.”

Zhou happy where he is as silly season rumbles on

Zhou banked points in Bahrain and Canada, although he’s retired from a grid-high six Grands Prix from 13, and believes it is best to stay with the same team for a second season, especially as a rookie driver.

“I will never settle down because I feel like if I can just keep going the way [I am], keep getting better race by race, I see no reason why I shouldn’t be staying,” Zhou explained.

“I am quite happy where I am, and I feel like why [should I] move to a new team like [I did] last year, coming from the Alpine Academy?

“You get involved already in the F1 team project to then be in a completely different atmosphere.

“Everything has changed so much, we have to spend a lot of time learning procedures-wise, the steering wheel, [and] the way teams drive their cars are always different and it takes time for everyone.

“I feel like, especially for a rookie, it’s better to just go with a team you always know.

“In the beginning of the year [it is] quite unknown what the future will be, but now I feel like the more races I do, everyone’s quite happy in the team, and it makes me feel quite well and have momentum going forward for the coming races.” 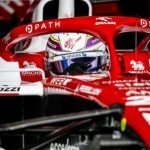 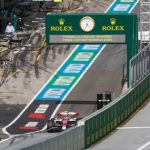 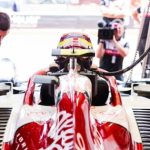 Zhou ‘ticking all the boxes’ but needs more points