How Verstappen almost missed out on qualifying after physio’s mistake 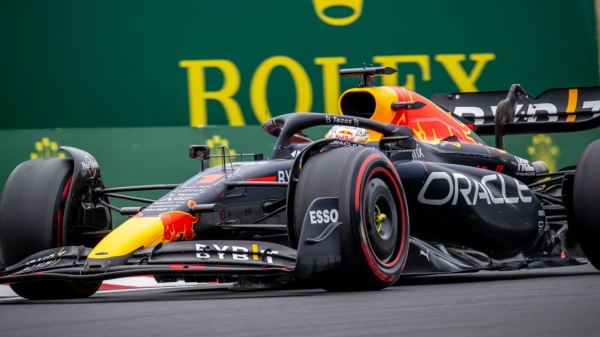 Drivers depend on their physiotherapist and coaches to ensure everything is in place before they venture on-track, but Max Verstappen's has admitted to a nearly costly mistake.

While not saying exactly where the incident took place, Scanes confessed to leaving safety equipment inside one of Verstappen’s helmets just as qualifying was about to begin.

It led to a frantic effort from Red Bull and Scanes to ensure the Dutchman would be able to take to the track for his lap.

Drivers have a number of tear-offs on the outside of their visor, allowing to them peel a dirty one away should it become covered in dirt or insects. It is what you can sometimes see drivers disposing of when out on track.

However, Scanes’ mistake was with an anti-fog strip on the inside of the helmet, which he had accidentally left attached.

“I’ve had a few hairy moments, two things the same both times,” he explained to the MotorMouth podcast when asked if he had ever made any mistakes working with Verstappen.

“It’s leaving a safety strip on the inside of a visor. It’s like an anti fog strip. If you leave that on the inside, then they can’t see through the visor.

“Everyone’s there waiting to let him out for qualifying, the clock is counting down and he needs to get out and do his lap.

“I’m there with a pair of scissors trying to scrape it off – and it’s very hard to do if you’ve already put the visor on. I’m just trying to catch the ends so I can pull it off.

“We lost like 30 seconds going out of the box, probably another 15 seconds and we wouldn’t have had time for the lap.”

Max Verstappen Verstappen fears loss of 'iconic' tracks: I don't want to only race on streets

Pressure not to mess up

Scanes also admitted that if he messes up during his prep work, it could potentially cost Verstappen a race win.

“If you mess something up, then you’re potentially losing a race win from that,” he explained.

“A backup helmet or whatever, or something happens and Max doesn’t go into race in the right frame of mind, but, he’s an easy one to work with, in that sense, because he has such a strong mindset.

“Probably the reason why we get on so well is we come from very similar backgrounds. We both love to win and we’re both competitive as hell. And it just works.

“I’ve seen other relationships within the paddock where some drivers do bad on a Saturday and that’s their weekend done.

“There’s no way they’re gonna bounce back on the Sunday because it’s just it’s too hard for them to learn from.

“Whereas you know we can we can deal with it, put it away and move on and just decide on what the next target is going to be.” 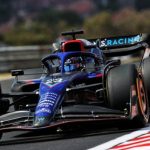 Sainz adamant Verstappen will make the same mistake as Leclerc 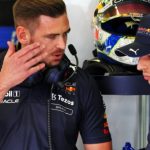 Verstappen’s performance coach: I was googling him in the airport!