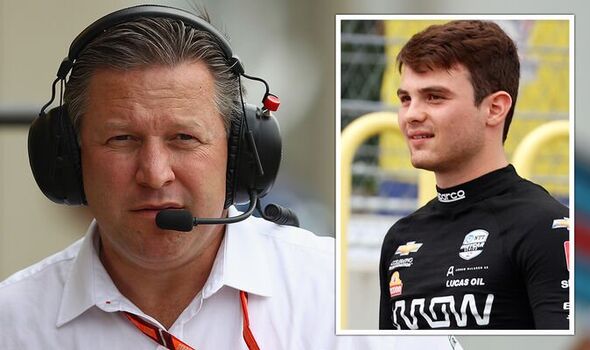 ZAK BROWN is embroiled in a battle with Alpine over the signing of Oscar Piastri.

McLaren youngster Patricio O’Ward has called out Zak Brown for promising several drivers F1 seats before going after Alpine’s Oscar Piastri. IndyCar star O’Ward said “the same prize” of an F1 debut had been “put in front of many other drivers”.

O’Ward revealed it was this that makes the whole contract drama between Piastri and Daniel Ricciardo “laughable”. The McLaren IndyCar driver reacted to the drama on social media as it unfolded, uploading an emoji of a popcorn box, suggesting he was watching with interest.

Speaking to ESPN, O’Ward said: “It’s not good for me to have that illusion. It’s a dream that’s very far away, because although I’m racing at a very high level, it’s still not enough to convince them.

“There are many things that come into play that are beyond me. I found it laughable. I saw it and I laughed. The same prize has been put in front of many other drivers by Brown.

“In the end, there is only one seat and not five.”

Mattia Binotto has defended his Ferrari team members, despite calls for the Scuderia to fire staff amid strategy blunders in their championship fight with Max Verstappen.

What did he say about his team? Find out HERE.

The drama unfolded when Alpine announced it had promoted Piastri to its race team after Fernando Alonso announced his switch to Aston Martin. But, Piastri took to social media to reject the offer as it emerged he was in talks with McLaren.

Reports have also claimed McLaren team principal Andreas Seidl told Ricciardo the team would be parting ways with him at the end of the season. O’Ward has some previous F1 experience after getting behind the wheel of a McLaren car in a test towards the end of last season.

It is also understood that the Mexican’s IndyCar contract includes some F1 seat time. Brown even claimed back in May he would not be surprised to see O’Ward back behind an F1 car soon. 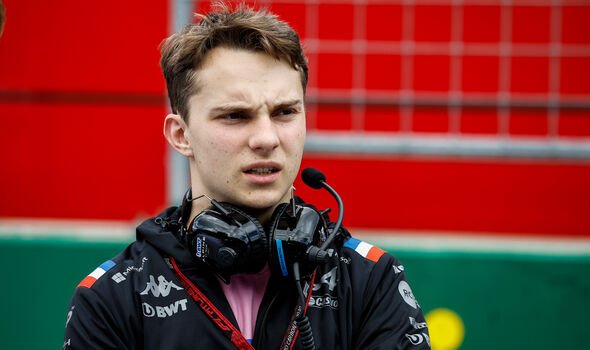 Oscar Piastri is embroiled in a contract war between McLaren and Alpine (Image: Getty)

O’Ward has also expressed his desire to make the switch from IndyCar to F1 in the next few years. He added: “I think once you’re 25 and 26, that window closes quite a bit. So obviously, if the opportunity comes about, you got to take it, right?

“My dream of becoming a racing driver came about in Formula One. It’s what opened your heart to such a different world.” McLaren is also embroiled in a contract war in America after they announced Alex Palou had signed for their IndyCar squad.

However, it emerged Chip Ganassi had exercised an option on Palou’s contract which has led to a legal dispute.