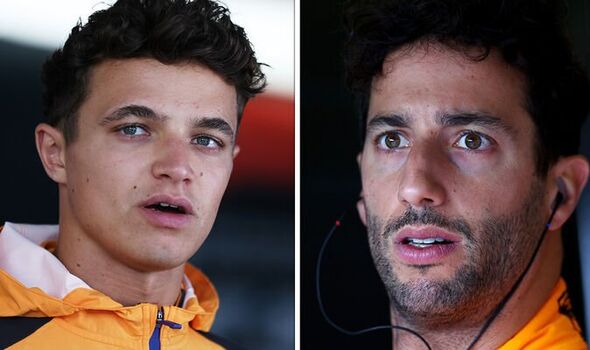 LANDO NORRIS has revealed details of his relationship with Daniel Ricciardo amid doubts over the former Red Bull star’s McLaren future.

Lando Norris has denied playing mind games with Daniel Ricciardo at McLaren despite doubts over the Australian’s future at the team. Norris claimed he was doing the “opposite” of playing psychological games with his team-mate and revealed he was even helping Ricciardo find some form.

The British McLaren star admitted he had often handed over his own data to Ricciardo in their bid to beat Alpine in the world championship. Norris said: “Mind games? In what way? What mind games can I play? No, it’s the opposite.

“I’m trying to help him as much as I can. It’s for the benefit of us as a team, to try and beat Alpine at the end of the day. [Ricciardo] sees everything that I see in terms of data and everything.

“I’m offering more help than what I normally would, let’s say. If we were fighting for a world championship, I’m saying more things than maybe what I would do. That’s what we need for the team, it’s what I want for the team at the minute. So yeah, the opposite of mind games, whatever that is – mind soothing!”

Lando Norris has opened up on mind games with Daniel Ricciardo (Image: Getty)

It comes as Ricciardo’s F1 future at McLaren is uncertain despite the Australian previously claiming he would be at the team next season ahead of the Hungarian Grand Prix. Since then, Fernando Alonso’s move from Alpine to Aston Martin sparked a frenzy which could see Ricciardo dropped.

Alpine had announced their rookie driver Oscar Piastri would make the jump to their top team for next season. However, the Australian former F2 champion claimed the statement was false and he would not be driving for the French manufacturer.

It is understood McLaren has also signed a contract with the rookie and his F1 future will be decided in court. Meanwhile, it is understood Ricciardo has since been told by McLaren team principal Andreas Seidl he would not remain at the team next season. 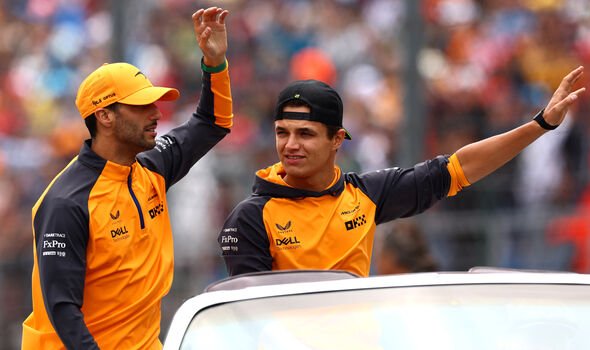 Reports claim Ricciardo has demanded a £17million ($21million) payout from McLaren to terminate his contract early. Ricciardo is tipped to return to Alpine just a couple of years since he left the Enstone team.

Team principal Otmar Szafanuer seems to be open to the idea, claiming he was a “good recommendation” to replace Alonso. Szafnauer added: “I think what we need to focus on is, like I say, the plans that we have for the next 89-88 races.

“We’ve got to make sure that we complement that plan with the best driver that we can, and there are some options out there for us.” 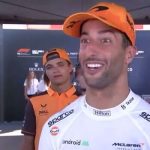