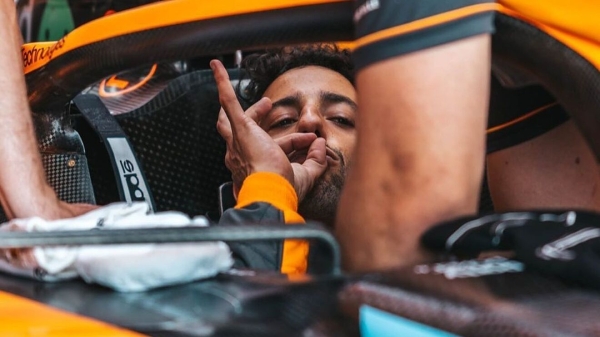 He announced his retirement

Within minutes after Sebastian Vettel announced his Formula 1 retirement on Thursday morning, the names of the candidates to replace him at Aston Martin next year emerged.

Some are obvious options, others less so, but in order of importance they are as follows.

The Spaniard has not renewed his contract with Alpine and has stressed that he could discuss with any team interested in signing a new driver.

“All the teams that don’t have signed [contracts] with their two drivers are an option for me, although my intention is to stay at Alpine,” said Alonso.

“Ten minutes of negotiation should be enough. We are all on holiday, but I guess we will have some conversations, starting on Monday [August 1] by video conference.”

The current Aston Martin is not as good as the A522, but Alonso’s image is a magnet for fans and sponsors, with his brand name making a huge impact.

Owner Lawrence Stroll is also aware of what signing Alonso would mean for a luxury car firm looking to sell cars in markets such as the Middle East, Asia and the United States, as well as Europe.

He is going through his second poor season at McLaren, where Lando Norris seems to be drifting further and further away from the man who was considered one of the finest Sunday racers just two years ago. Zak Brown has complained about the performance of Ricciardo, who is earning around 17 million euros a year.

“Nothing against [Aston Martin], but as I said last week my future is clear,” Ricciardo told the press conference.

“There have been a lot of rumours around my future in Formula 1, but I want you to hear it from me,” he wrote.

“I am committed to McLaren until the end of next year and am not walking away from the sport. Appreciate it hasn’t always been easy, but who wants easy!”

The arrival of Kevin Magnussen, who has bettered Schumacher‘s performances during the first eight rounds of the year, has not helped the son of the seven-time champion thrive.

Then, following his displays at Silverstone and Austria, he has been considered again as a growing F1 driver.

Stroll senior’s great passion for Ferrari and its history could see Schumacher figure as one of the favourites to take the job.

Both are coming from the Red Bull factory and are drivers with different profiles.

Albon lacks results at Williams due to the lack of competitive car, but his performances have been improving this year.

Meanwhile, Gasly was disappointed with Checo Perez‘s contract renewal with Red Bull and is awaiting a decision on his future for 2023. He has a Grand Prix win in Italy in 2020 and two more podiums in F1 to his credit, an endorsement of someone who has the potential to continue to rise.

Neither Oscar Piastri nor Nyck de Vries have made their F1 debuts outside of winter testing or the odd Free Friday but there is a campaign to get them into an F1 car at all costs.

Piastri appears to have a pre-agreement with Williams to replace Nicholas Latifi in 2023, which would be a good place for him to make his F1 debut, with less pressure than at for Aston Martin for the 21-year-old.

De Vries is much more experienced. Aged 27, the Dutchman has been through a thousand battles, having finished third in the Renault 3.5 in 2015.

He has shone in Endurance (WEC) with the Jumbo LMP2 team, has two Formula E titles (2020-21) and seems to be crying out for a real opportunity. He is the current Mercedes tester and was in good form on Friday in France aboard Hamilton‘s W13. 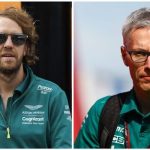 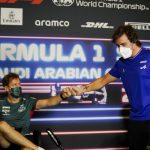 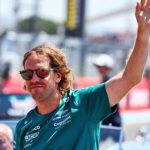 The drivers who could take Vettel’s seat at Aston Martin 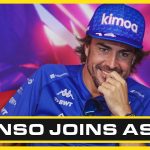