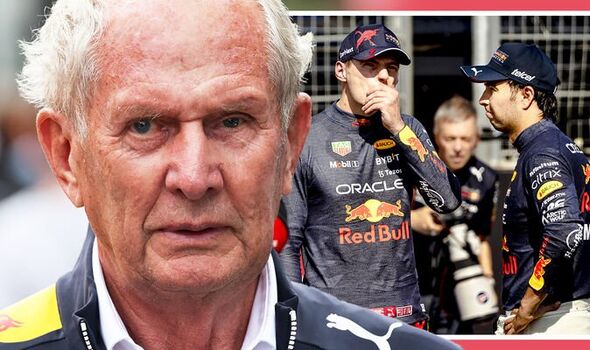 HELMUT MARKO has taken a dig at one of his drivers Sergio Perez.

Red Bull advisor Helmut Marko has taken a dig at Sergio Perez, after stating the Mexican is ‘too far away’ from his world champion teammate Max Verstappen. It was a qualifying session to forget for Red Bull in Hungary on Saturday, with Verstappen having to settle for 10th on the grid after suffering an engine failure, and Perez a spot behind in 11th.

Chief Marko was clearly left unimpressed – especially with Perez – and didn’t hold back when laying into the Mexican driver. He said: “He [Perez] is too far away from Max [Verstappen] at the moment… It’s very unfortunate that Checo was asleep,” Marko told Servus TV.

“A certain third place was lost there. Maybe he was drinking too much tequila last night.” Discussing their qualifying disappointment, he told Sky Germany: “It was a difficult situation in all the practice sessions too, so we have to sit down together.

“The summer break hasn’t started yet, but Perez already seems to be on holiday. We need to talk to him and he should continue to use Max’s setup.” Claiming the Spanish star needs to be in ‘better shape’ from the very first practice session, Marko added: “If you are already a second behind then, you can’t catch up.

JUST IN: Max Verstappen erupts at FIA after Hungary GP nightmare – ‘Treat us like amateurs’

Helmut Marko has hit out at Sergio Perez. (Image: GETTY)

And we saw that in certain races last year as well. We got rid of it last year, so we have to make sure that the same calmness returns a bit now.” Perez himself spoke following qualifying, and seemed to lump the blame on Haas star Kevin Magnussen for his underpar Saturday performance in Hungary.

He told Sky Sports: “It was very unfortunate because I lost a few tenths, I missed out on Q3 by a few hundredths and then going into Turn two I lost a lot with Kevin, a few tenths. I just had to go very deep on the corner, and I couldn’t recover afterwards.” 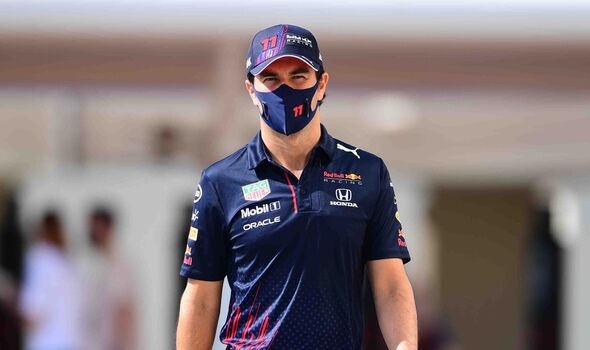 Asked if he would take his issue with Magnussen to the stewards, Perez added: “It will not change anything for me. Hopefully we are able to come back strong tomorrow.” Despite the Spaniard’s run in with the Danish driver, Magnussen could only manage 13th – two places behind Perez – on the grid.

Meanwhile, Mercedes man George Russell secured his first ever Formula 1 pole following an impressive performance on Saturday, with Ferrari pair Carlos Sainz and Charles Leclerc behind him in second and third. Russell’s teammate and seven-time world champion Lewis Hamilton will begin the race in seventh. 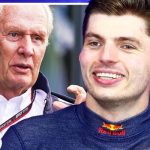