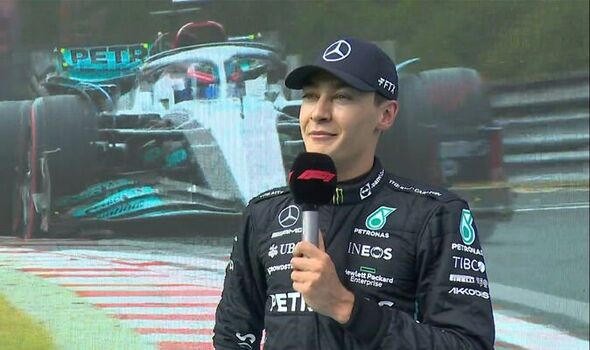 GEORGE RUSSELL secured his first pole position in F1 at the Hungaroring.

George Russell declared himself “over the moon” after securing his first pole position in Formula 1 at the Hungarian Grand Prix, but played down the team’s increase in pace ahead of Sunday’s race. The Mercedes star took advantage of a nightmare qualifying session for Max Verstappen to leapfrog Carlos Sainz on his final run and deny Ferrari a front-row lockout.

The 24-year-old’s celebrations with his team could be heard over the radio after beating Sainz to pole by a tenth of a second. And the Englishman was visibly delighted in his post-session interview after breaking his duck at the 73rd time of asking.

“I am over the moon, absolutely buzzing,” pole-sitter Russell told F1’s TV channel. “I mean, yesterday was arguably our worst Friday of the season and we worked so hard and we didn’t know what direction to go in.

READ MORE: Mercedes comments will be music to Hamilton’s ears before Hungarian GP

“I came across the line and looked at the screen and saw we came P1 and it was an incredible feeling.” But asked if Mercedes were back, Russell refused to commit and said: “I don’t know about that.”

Russell had never qualified higher than second after achieving that position at the rain-soaked Belgian Grand Prix in 2021 and in Sakhir back in 2020, and his highest grid spot in a Mercedes car this season before Hungary was fourth. 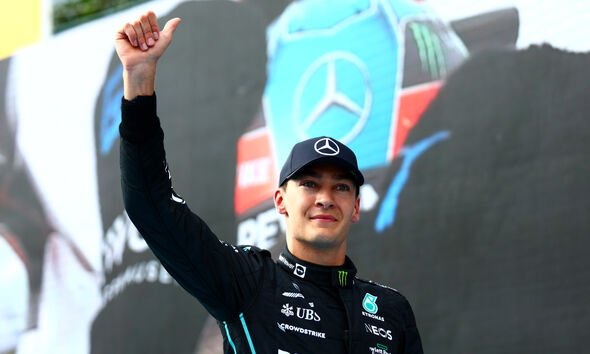 Charles Leclerc qualified in third as Ferrari basked in Red Bull’s nightmare session, with Max Verstappen suffering from power issues and Sergio Perez knocked out in Q2 after being left in the pits.

Lando Norris outperformed expectations by lining up in fourth, with last year’s race winner Esteban Ocon springing a surprise to qualify fifth. His Alpine team-mate Fernando Alonso is behind him in sixth and the Spaniard will be tasked with holding off Lewis Hamilton once again after the Briton – dogged by a DRS issue – could only muster seventh place.

But the 36-year-old still had praise for his team-mate, telling Sky Sports F1: “Congratulations to George, he did an amazing job and that is a great result for the team,” the seven-time world champion said.

“Given all that we have gone through that is huge so I am really happy for everyone. It is huge and we definitely didn’t expect that.” 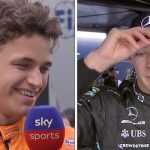 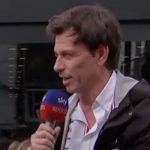