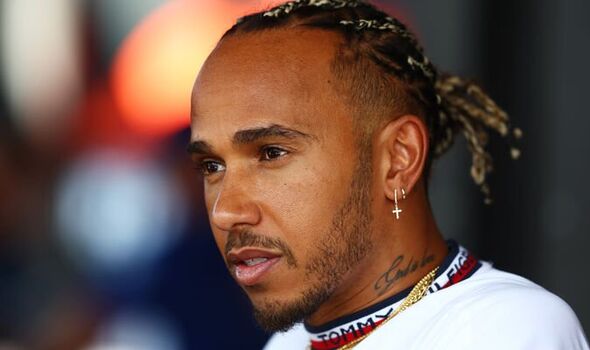 LEWIS HAMILTON has spoken about his F1 future and retirement plans after Sebastian Vettel announced he will leave the sport.

Lewis Hamilton has revealed he is nowhere near retiring from Formula One as the Mercedes star feels he has “plenty to go”. Hamilton stressed he will quit F1 before he is “completely burnt out”. However he admitted that point is still a “long way off” at the moment despite Sebastian Vettel leaving the sport.

The seven-time champion did not reveal a timeline for his potential exit from the sport but was clear that he would not be leaving anytime soon. Speaking ahead of the Hungarian Grand Prix, he said: “When I talk about fuel left in the tank, I am still fighting for those things and I still feel I have plenty to go. More likely than not, if I stop, I will still have fuel left in the tank.

“I don’t think I’m going to go as far as completely burnt out and have nothing left but hopefully that’s a long way off.” Hamilton made the comments after Sebastian Vettel announced his retirement from F1.

The Aston Martin star confirmed this season would be his last on Thursday, bringing his 16-year career to an end. Hamilton will now become the second most experienced driver on the grid below Fernando Alonso.

However, the Briton stressed Vettel’s decision to leave would not have any impact on his own future.

READ MORE: Lewis Hamilton speaks out on his own retirement after Vettel news

Lewis Hamilton has spoken about his own future retirement (Image: Getty)

He added: “It has not made me think about that because I am thinking about how I can improve this car, what the next step is we need to get this team winning again, what is the road map to winning another world championship.” Last year, Hamilton claimed he “honestly hoped” he wasn’t racing at the age of 40 as there were other things he wanted to do.

But, Mercedes team boss Toto Wolff admitted the partnership with Hamilton could continue for years to come. At the French Grand Prix, Wolff revealed talks around Hamilton’s future had already started.

Wolff hinted the multiple champion could stay for at least another 100 races and possibly win three more titles at the Silver Arrows. 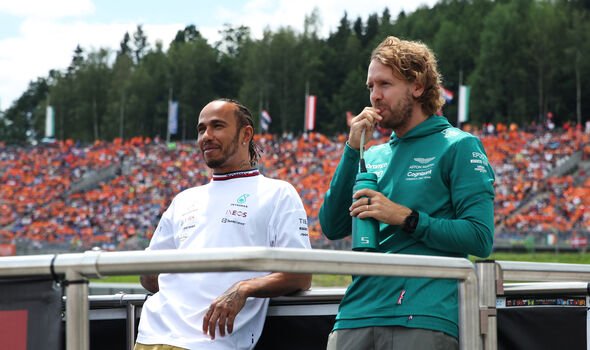 It comes after Sebastian Vettel announced his F1 exit ahead of the Hungarian GP (Image: Getty)

Vettel revealed he would leave F1 in order to spend more time with his family and children.

Speaking ahead of the Hungarian Grand Prix, Vettel commented: “The decision to retire has been a difficult one for me to take, and I have spent a lot of time thinking about it; at the end of the year I want to take some more time to reflect on what I will focus on next; it is very clear to me that, being a father, I want to spend more time with my family. 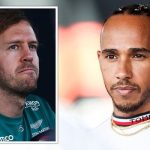 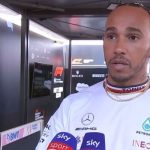