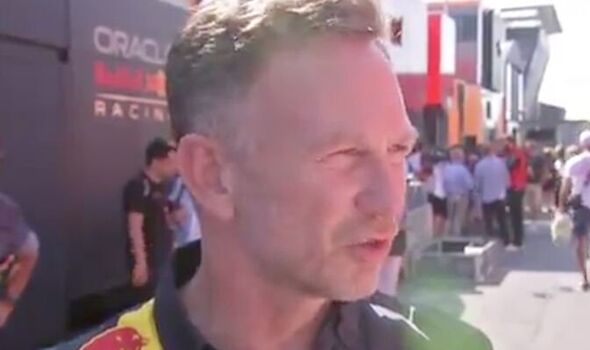 CHARLES LECLERC crashed out of the French Grand Prix as he was leading Max Verstappen.

Christian Horner has defended Charles Leclerc despite his crash handing the advantage to Max Verstappen in the championship. The Red Bull boss said the two title protagonists were “pushing each other” and claimed the accident was simply “bad luck” for the Monegasque.

When asked if Leclerc had a problem with crashing, Horner replied: “No I don’t think so. I don’t know whether anything else contributed to his accident but he’s a very strong driver.

“These two guys they’re pushing each other so hard and these cars are right on the edge in these conditions. His bad luck is our good luck today and its swung around during the course of the year.”

Leclerc had held off Verstappen despite heavy pressure from the Dutchman during the opening stages of the race. However, the Ferrari star spun off at turn 11 just moments after Verstappen pitted for hard tyres.

Leclerc lost control after dipping a tyre onto the white line on the exit of the corner and slammed into the barrier moments later. The Ferrari driver’s anger was palpable after the race as he screamed down the team radio in frustration.

Verstappen went on to win the race which extends his championship advantage over Leclerc to 63 points. The Ferrari driver admitted the crash was a driver error when he made it back to the paddock.

He explained: “A mistake, a mistake. I’ve been saying I think I’m performing at my highest level in my career but if I keep doing those mistakes then it’s pointless to perform at a very high level. I’m losing too many points.

“Seven in Imola, 25 here because we probably were the strongest car on track today so if we lose the Championship by 32 points at the end of the season I will know from where they are coming from.

“And, it’s unacceptable, I just need to get on top of those things.”

Over team radio, Leclerc mentioned he had issues with his throttle after the crash. This raised fears the spin was caused by another mechanical glitch two weeks after he first mentioned the issue at the Austrian Grand Prix.

However, Ferrari team principal Mattia Binotto revealed the accident was just down to a driver error. He added: “It’s just a mistake, it happens, in the same way we have reliability issues.

“I think what I said to Charles was that we make our lives a bit more difficult, but we will enjoy it more in the future if we turn it round. It was a genuine a driver error. The throttle was about when he put it in reverse and tried to move back from the barriers.” 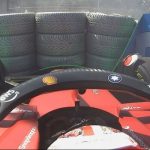 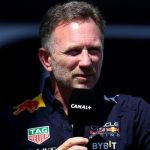