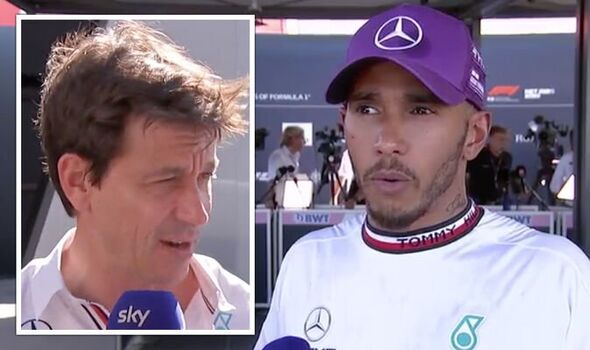 LEWIS HAMILTON’s F1 future is still in doubt despite his second-place finish at the French Grand Prix.

Lewis Hamilton has admitted he will sit down and hold talks on his F1 future with Mercedes soon as speculation of his retirement continues. However, Hamilton admitted he still had “plenty of fuel in the tank” and was enjoying competing in F1 “more than ever”.

The Mercedes star’s future in the sport was a hot topic in France as he reached his 300th Grand Prix start. Mercedes boss Toto Wolff admitted he had already held talks with Hamilton over a timespan for his retirement.

The Austrian said the pair had discussed extending his Mercedes deal for five to 10 years which means Hamilton would reach the next 100 GP milestone. When asked if he wanted to remain in the sport to reach 400 races, the seven-time champion responded: “That’s a lot of races!”

Hamilton added: “I firstly just want to be grateful to get to this point. I’m still fresh and still feel I’ve got plenty of fuel left in the tank. Of course, I want to get back to winning ways and that’s going to take time. I’m sure we’ll sit down at some stage and talk about the future.

“I’m enjoying what I’m doing, and feel really proud working with this incredible group of people. I’m also enjoying working with the sport more than ever. We’ve got some great people leading the sport, we’re having great conversations about the direction we’re going in.

“I’m enjoying it more than ever.” Over the weekend, Wolff even suggested Hamilton could secure another three world titles before hanging up his helmet.

He commented: “We talked a few weeks ago about how long a partnership can go and the figure discussed was about five to 10 years, so I think we can go to 400 [races]. Someone said you have to win the eighth [world title], so why not 10?” 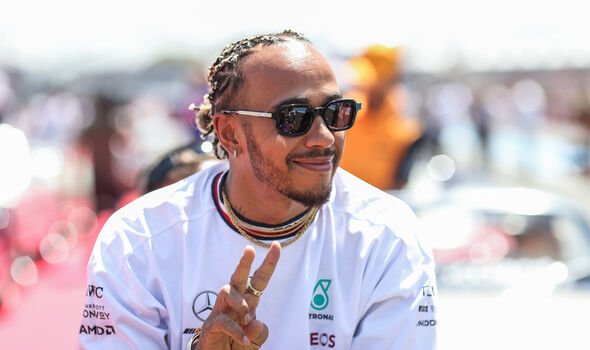 Lewis Hamilton has admitted he wants to hold talks on his future soon (Image: Getty)

Hamilton’s current Mercedes deal runs until the end of next season meaning he could leave after the 2023 season. Earlier in the season, several pundits suggested the Briton could walk away if he was not able to compete for wins against Red Bull and Ferrari.

But, Hamilton hit back at Imola, posting on social media that only he would decide when his “masterpiece” was finished. Despite struggling to secure wins, Wolff praised Hamilton’s mentality after he finished second at the French Grand Prix.

He explained: “Sometimes we’ve been talking about what would happen if we are not winning again and how would we recover. We had some really difficult times at the beginning of the year but in a way we have all set into the situation that we [are in] now.

“And he is absolutely on it. He keeps pushing the team, driving the car quickly also. He has a positive mindset, even if the days are really grim like yesterday, we are nine-tenths off. He never stops pushing.” 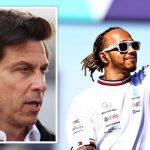 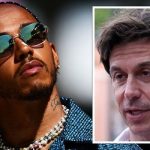