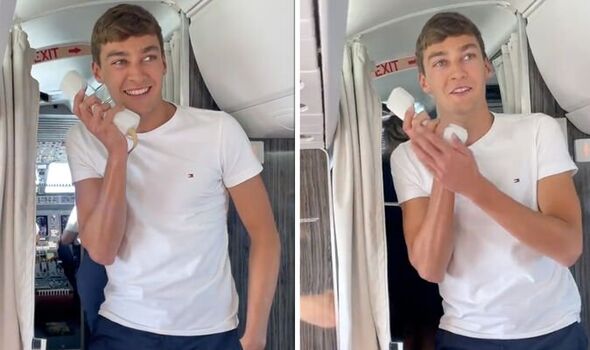 GEORGE RUSSELL picked up his fourth podium of the season after a titanic battle at the French Grand Prix.

George Russell delivered a rousing speech to Mercedes staff on the flight back from the French Grand Prix. Russell was filmed standing next to the cockpit and picking up the tannoy to thank staff after the team’s first double points finish of the season.

The clip was posted by Russell to Twitter just hours after the chequered flag. The former Williams driver then delivered a celebratory speech after Mercedes’ positive race weekend.

He even used the speech to fire a warning to Red Bull and Ferrari as he claimed the Silver Arrows had finally achieved a podium on “pure merit”. Speaking on the plane, Russell said: “Ladies and gentlemen this is your driver speaking.

“I had a request from Evan, we are going to do the debrief over the announcer. Can you all hear okay, Firstly great job by everyone to get two cars on the podium.”

This was followed by a round of applause by the team before Russell suggested Mercedes were getting back to their best. He added: “I think this is probably the first race we have achieved that on pure merit.

“Obviously Leclerc went off but nonetheless we still beat a Red Bull on pure pace and I think that goes to show the steps forward we are taking as a team. So that’s great.” Mercedes F1 team retweeted the clip, adding Russell had given the team a “debrief with a difference.”

Russell’s team-mate Lewis Hamilton finished second to give the team its first double podium of the season. The result also brings Mercedes to within 44 points of Ferrari after the Prancing Horse imploded.

Mercedes team boss Toto Wolff praised both of his drivers after securing the team’s best finish of the season, claiming the team was “extracting the maximum” on race day. 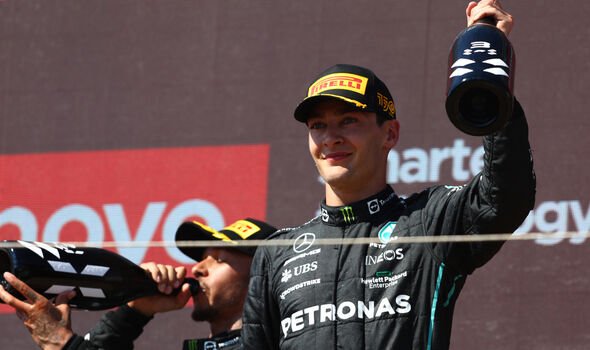 George Russell picked up a podium in France (Image: Getty)

He said Russell was “clever and fast” after using the end of a Virtual Safety Car period to pass Sergio Perez. But, he has stressed the team needed to “remain humble” as they continue to struggle against Red Bull and Ferrari.

He explained: “Overall, the drivers did a really good job and the team effort was great today. We’re extracting the maximum that is possible on race day currently. George was clever and fast, while Lewis was fighting like a lion.

“Lewis is absolutely on it and keeps pushing the team. He keeps his positive mindset, even on grim days like yesterday and he never stops pushing. But we need to stay humble, because our car is just not good enough to fight with the teams in the front.” 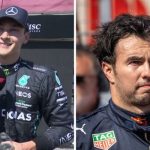