Wolff tells his drivers don’t ‘beat yourselves up’ 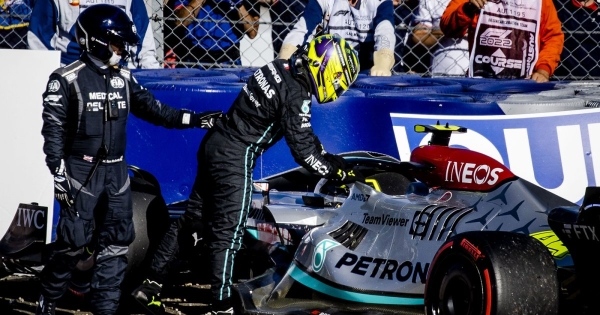 Toto Wolff says his drivers should not “beat themselves up” for crashing in qualifying as Mercedes haven’t given them a car that’s “on par”.

Both Mercedes drivers had accidents in Friday’s qualifying at the Red Bull Ring.

Lewis Hamilton made heavy side-on contact with the Turn Seven barrier after losing the rear end of his W13 while George Russell crashed at the final corner after Q3 had been resumed following his team-mate’s red flag.

“I’m so sorry to the team, everyone worked so hard to put this car together and I never like to damage it or bring it back damaged,” said Hamilton.

“We were fighting for a top three I think, and I don’t have an answer – I just lost the back end in Turn 7 and that was that.”

Russell too was left to rue the result given the improved pace of his W13.

“As a team that was maybe our best qualifying of the year in terms of pace but with the worst outcome,” he said.

Wolff, though, says neither driver owes Mercedes an apology.

“These two should never beat themselves up because of crashing out,” the Mercedes motorsport boss told Sky Sports F1.

“We have given them a car that wasn’t on par for 10 races in a row and now we are starting to come to terms, able to drive in front and then it can happen that you lose the car.

“I would rather have a fast car and a qualifying like this than not having the pace to be in the top four.”

Russell will line up P4 for Saturday’s sprint race with Hamilton ninth, the duo both up one position after Sergio Perez was penalised for a track limit infringement.

Wolff, though, admits while he was calm on the outside as his drivers hit the barriers, “inside of me, it is like boiling. It is just Formula 1, it is not politics or any big stuff.”

But while both cars are in need of repairs ahead of Saturday’s second practice and the afternoon’s sprint race, Wolff says there is cause for optimism within the Mercedes camp.

“We are surprised,” he said.

“Spielberg is a race where we have always struggled. Even in the best of our days, it wasn’t very good so we were not expecting another step in performance.

“Interestingly, unlike you would think in F1, there is no one silver bullet. We are bolting on a wing and then it goes.

“It is tiny little steps and fantastic work from the engineers and I am happy to see that.” 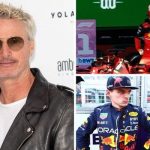