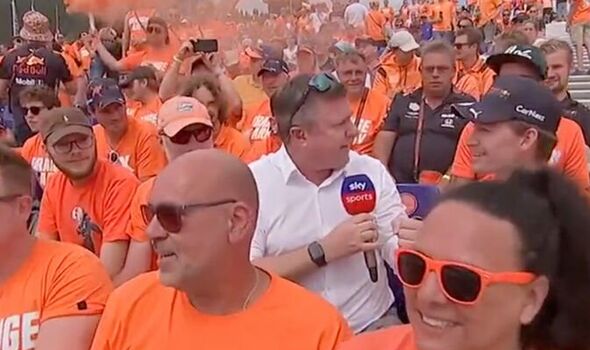 David Croft has told off Max Verstappen fans for cheering as Lewis Hamilton crashed during qualifying for this weekend’s Austrian Grand Prix. The Sky Sports host approached Dutch fans in the grandstand and demanded they “give every single driver the biggest cheer”.

Croft added that “we don’t like” fans cheering after a crash and didn’t want to see it at “any track”. He said while sat among fans in one of the stands in Austria: “Do me one favour this afternoon though yeah. Give every single driver the biggest cheer as they go past and we will have none of this cheering when people crash. We don’t like that do we.

“We don’t like that. We don’t want to do that at any track throughout the season.” However, F1 fans slammed Crofts decision for getting involved in the argument. One social media user said: “David Croft is the most biased commentator ever.

“I hope he speaks the same thing to Hamilton fans when Max crash and they cheer.”

Another user, Glen, added: “Can you do us a favour David Croft and stop lecturing us about what we can and can’t do as #F1 fans when it suits you?

“You didn’t mind the booing of Max last week, so don’t preach about cheering when Lewis goes off.” It comes after there was a noticeable cheer from the crowd after Hamilton’s crash in Q3 yesterday afternoon.

The Mercedes star lost control through turn seven, running wide and slamming into the wall to bring out the red flags. Team principal Toto Wolff blasted fans who celebrated Hamilton’s downfall, claiming “nobody should do it”.

He told Sky Sports F1: “We just need to speak more to the fans cheering when a car is in the wall or booing a driver who gives an interview. 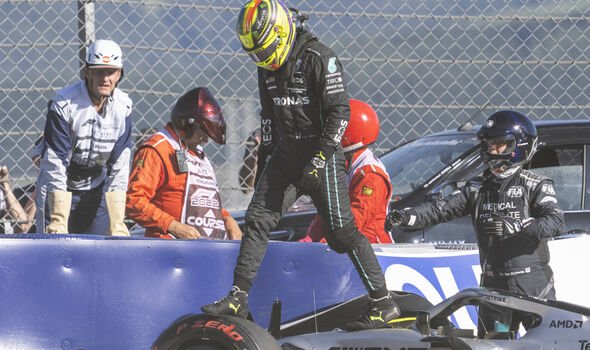 “It’s not what we would do with our competitors and enemies even though you would think there is some animosity out there. Nobody should actually do it, we need to work collectively with F1 and you guys to educate people.”

Ahead of the Austrian Grand Prix, Verstappen blasted fans who create toxic atmospheres at races, claiming they were “not F1 fans”.

The Dutchman said: “Those people are not really F1 fans. They cannot really enjoy what is actually happening right now, a lot of great drivers actually fighting against each other.

“But they cannot appreciate that and that’s a bit of a shame. How many times do you get to experience stuff like that? Such an intense rivalry or fights. These people are not lovers of the sport.” 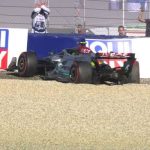 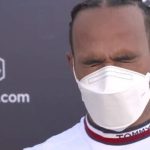 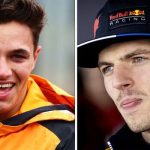