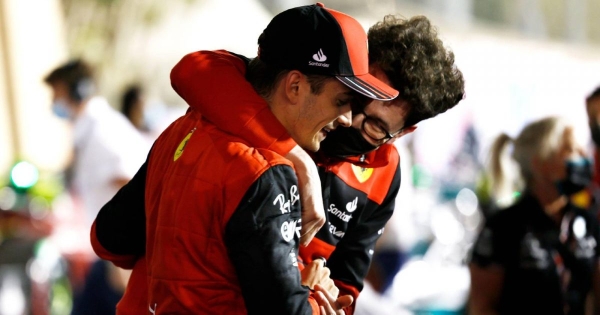 Billed as ‘a dinner to permanently cancel the post-race tension’ by Gazzetta dello Sport, Mattia Binotto and Charles Leclerc sat down to clear the air in Monaco on Tuesday evening.

It is fair to say that all is not well within Ferrari these days.

Leclerc was irate with his team’s strategy calls in Sunday’s British Grand Prix, first losing a “lot of time” behind Carlos Sainz in the opening stint and then denied the chance to fight for the win by the team’s call not to pit him under a late Safety Car.

Leclerc went from first to fourth, the second time this season that he has had a likely win taken away by poor decision-making, the first being at his home race in Monaco.

The driver made it clear that Ferrari need a full review of what had taken place on Sunday, a race instead won by his team-mate Sainz.

But while Binotto was seen in the immediate aftermath of the grand prix wagging his finger at his driver, 48 hours they were again spotted together, this time in much more harmonious circumstances.

The Monégasque driver and his team boss were seen exiting the Hotel de Paris in Monte Carlo having had dinner together on Tuesday evening.

Declaring that ‘this meeting had a different flavour after what had happened at Silverstone’, Gazzetta dello Sport says it was a ‘dinner to permanently cancel the post-race tension’ and ‘strengthen a frayed relationship after the British GP flop’.

Noting that while ‘it would have been more convenient to wait 24 or 48 hours and have dinner together’ in Austria, the meeting allowed the two to clear the air rather than carry that tension through to the Austrian Grand Prix.

The dinner came in the wake of a report that some Ferrari team members refused to attend Sainz’s podium celebration, disgruntled at what they saw as Leclerc being robbed of the victory.

According to former Ferrari press officer Alberto Antonini, a source told him that the staff initially did not want to celebrate the race win.

“I have been told – and I trust the source – an ugly episode that occurred in the immediate aftermath of the Silverstone race,” Antonini wrote on formulapassion.

“Part of the Ferrari staff allegedly refused, at least initially, to attend the podium ceremony and photo op. If true, as I fear, this is not a good sign.

“A little healthy rivalry inside the garage is fine, it is fine for each mechanic and each technician to cheer for ‘his’ driver, but the common interest must be to aim to win.” 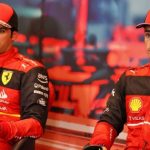 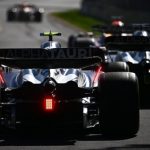 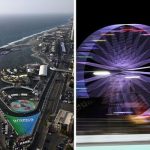