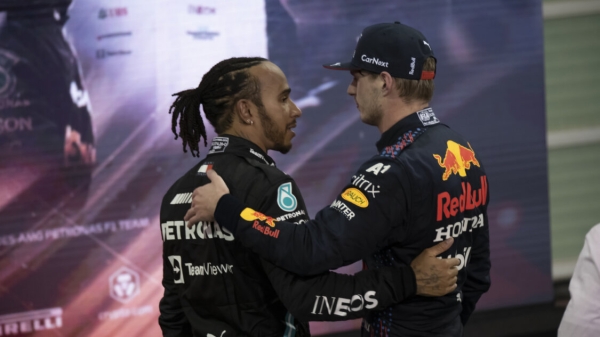 Lewis Hamilton says the "trauma" he endured during the aftermath of the 2021 Abu Dhabi Grand Prix will "always" be with him.

Lewis Hamilton says the “trauma” of the 2021 Abu Dhabi Grand Prix will “always” be with him, even if he has been able to put what happened that day behind him.

After a season-long fight with Max Verstappen, Hamilton was forced to accept that he had missed out on a record-breaking eighth World Championship crown through controversial circumstances.

“I mean, that will always be with me,” he admitted, speaking to Sky Sports F1. “I think that’s when anyone experiences trauma, it can be a traumatic experience when you lose something that you’ve worked hard for, whatever it may be.

“So I think that will always be a part of me, but it’s not something I’m looking back on and thinking about ever, to be honest.

“What I am grateful for is still the love that I have for my job and for the sport, but I would like to think that I have taken strength from it.”

Hamilton says he has learned new ways to be less hard on himself following difficult moments.

“Honestly, I’m only human. I’m like everyone, I feel the emotions. When I have put so many hours into training, into practice and sacrificing so many things over the years, as we will do right for the things that we love,” he explained, this time speaking to Channel 4.

“And I’m someone that’s very, very hard on myself. I think I had to learn along the way that there’s nothing you can do about what’s in the past. Of course, you can do it for as long as you want but it’s not healthy to do so.

“What’s important is to just to take a snippet from it, learn from it and move on, making sure it doesn’t happen again.”

Despite the heartbreak, Hamilton showed great strength as he shook the hands of both Verstappen and his father Jos only moments after seeing the title slip from his fingers.

“I think in that moment for me, no matter how painful it was, and I mean it was so, so painful, just knowing that there’ll be a kid watching and me going and shaking their hands would show that there is strength within regardless,” he explained.

“As I said, I used to dwell on things for a long period of time. But now I’m able to just move on and just apply myself better next time. I’m going to work harder, I’m going to dig deeper and I’m going to study more.” 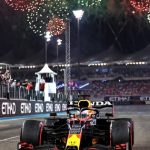 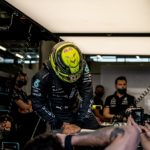